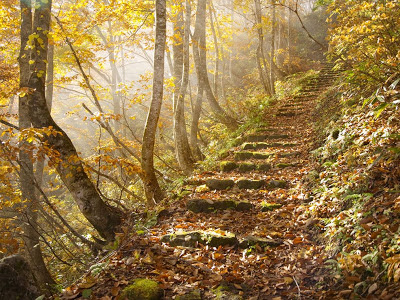 The Quartet finally made it down to Australia after all these years. And down under it is: a roughly 14+ hour direct flight from LA to Sydney. The longest flight I've ever been on. Then, after a 4 hour layover there - customs, bite to eat, espresso, and back massage at a airport establishment called "Samsara" - then it was another 4 hour flight to Perth. So all in all, a 24 hour journey.

But it was worth it. What a wonderful place. The land, sky, sea, and its inhabitants radiate a beautiful earthiness and ease I've not encountered anywhere else. Shattered my old and jaded impressions imbedded in my boyhood psyche by Monty Python's "Bruce" and "Australian Philosophers" sketches and the "Paul Hogan Show".

PERTH
The concert hall in Perth has an absolutely amazing resonance to the acoustics. Both evenings saw sold out crowds in the 1,731 seat venue. 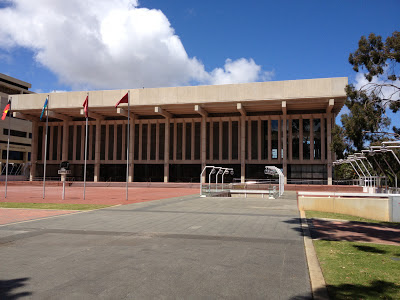 taken with the panoramic setting on my iPhone, so some jagged edges...

The weather was a bit rainy toward the end of our stay, but generally sunny with a refreshing  strong breeze from the water.

Food and drink were equally as good. Since this blog was ORIGINALLY intended to highlight coffee, good places were found there. Woogi Espresso on St. George's Terrace had top notch espresso, with edibles such as handmade sandwiches, assorted sweet treats and the like. A very small place inside a corridor bridging St. George's Terrace and the Mercure Hotel, this place had lots of character. Sorry, I have no photos. You'll have to trust me.

I tried several shots around town, but the most outstanding establishment had to be Bench Espresso on Hay Street. They pull excellent shots here, and use a single origin bean. I generally find single origin espressos too high in acid and high-note fruitiness; too bright generally for my palette (like two places I frequent in LA, Intelligentsia and Handsome - talented baristas and great pulls, just too bright on the tongue for me). But, although the espresso at Bench was bright in flavor, it had a real depth to it as well. I would go back. 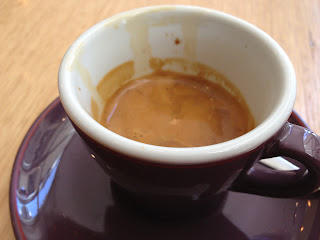 a ristretto double shot, with great crema, from Bench.

Cafes and espresso joints were all over the place. And, since the competition is high, the quality is overall very, very good from one to the other. Here is a sign I saw outside one of them, summing up a philosophy of this coffee-dotted landscape. 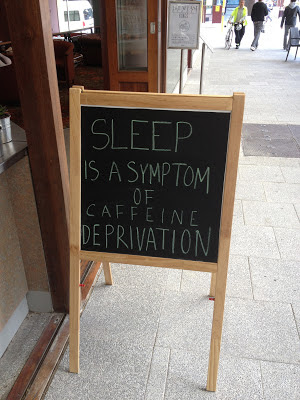 Only saw one Starbucks while there. Yippee!!

Eats. We wanted to hit a place with great local cuisine in Perth. A place where the local residents ate. And since Perth is one of the most expensive places to buy food and drink I have ever visited (average cost of a hamburger and fries with drink: $27 USD), we wanted a place with reasonable prices working musicians could afford. We were directed by several folks to Billy Lee's. Cantonese food, and open late. This was a great recommendation. Simple and small, it had more tables and chairs outside than in. 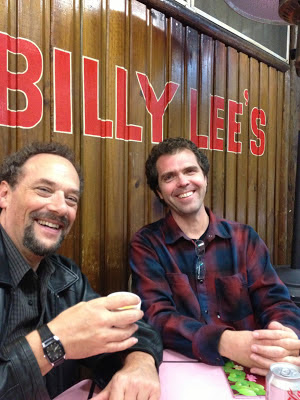 Bill and Matt at Billy Lee's in Perth


Being that Australia is a land mass smack between the Pacific and Indian Oceans, it's culinary culture draws from a variety of Pan-Asian sources. Local critters can be had as well, and I believe Bill had a crocodile burger and Matt tried some kangaroo. I stuck to veggies and fruit primarily. 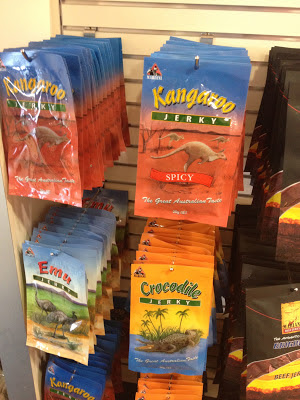 A wide selection of edible critter jerkies at the Perth airport. Emu? Hmmm...

We are playing with the Sydney Symphony at the Sydney Opera House. Yes, that's the one. Never was there a building so iconic as this, and so majestic. Breathtaking would be a good word. I had always thought it symbolized sails, or something to do with boats, being that it's the Sydney harbor. But today I heard a story from a local musician that the architect cut up an orange, placed the wedges on the ground, and basically said "voilá"! Not sure what to believe. 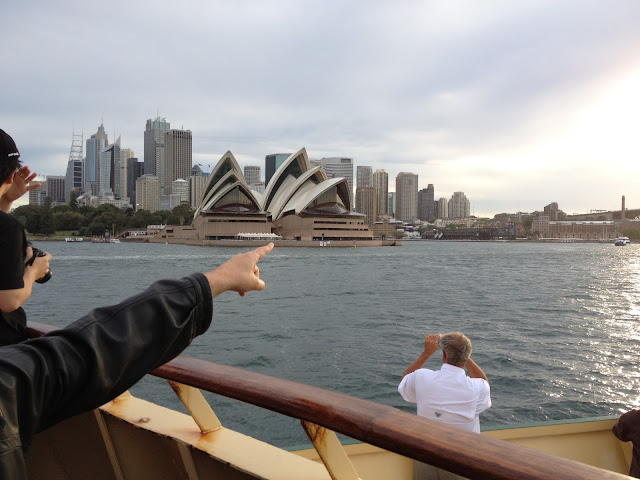 taken from the ferry boat to Manley Beach 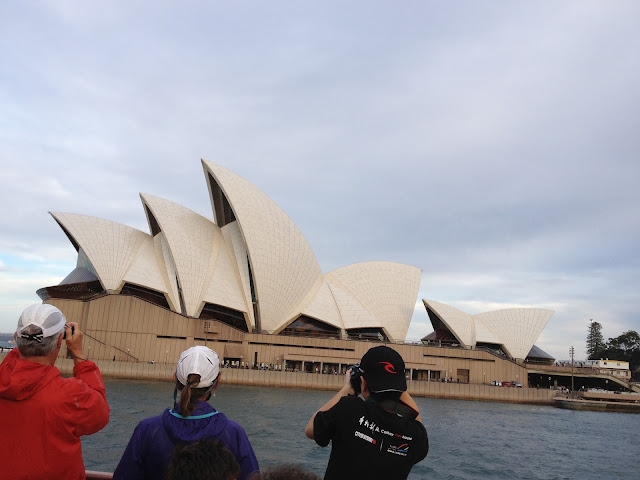 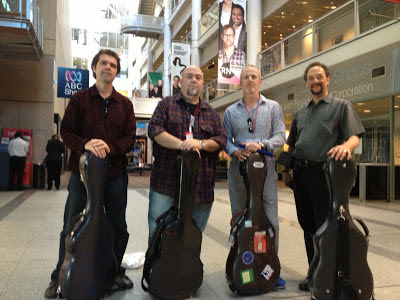 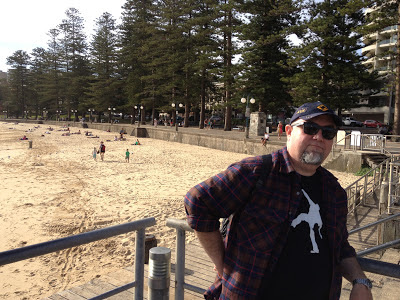 Yours truly at Manley Beach 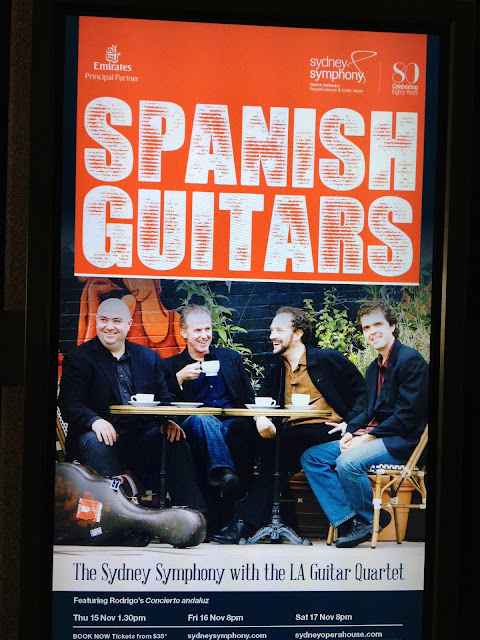 Advertisement outside the SOH


With more updates to come, let me finish this entry with some shots of what I think is the best espresso place I've tried (thus far) in Sydney. Workshop Espresso on George Street. Great blend (not single origin), great crema, and an artful pull skillfully done. 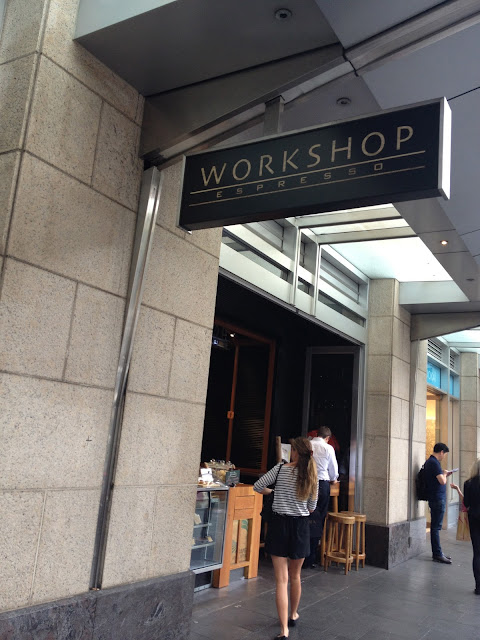 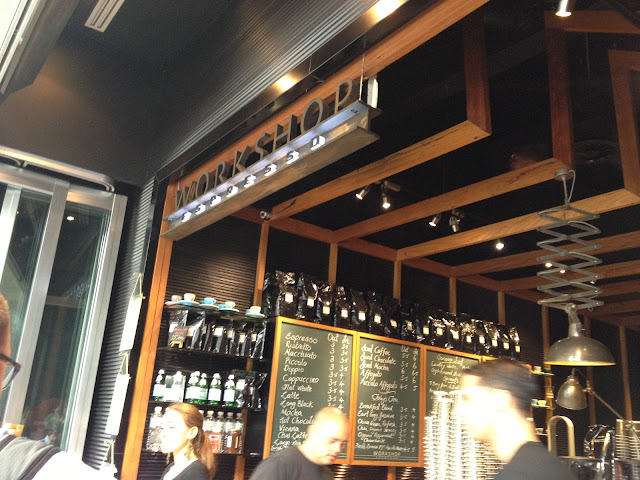 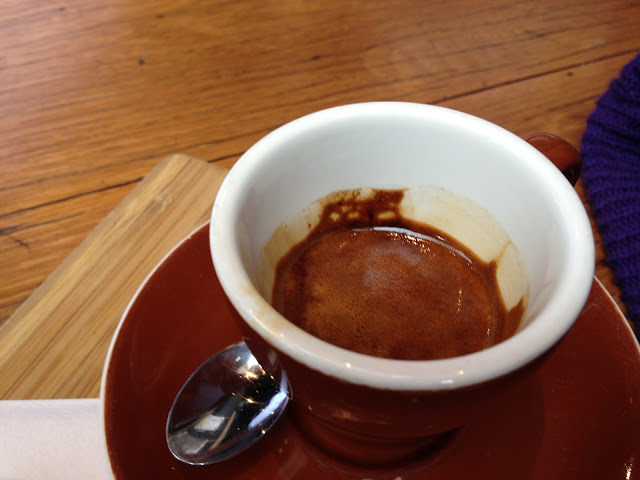 The quartet met today with esteemed Australian composer Philip Houghton. It was a real honor to finally meet him. Among many, many other notable works, his best-known work for guitar quartet is by far "Opals". Philip is a natural synesthete, meaning he vividly associates sounds with colors, colors with sound. This is known as "synesthesia". The work Opals immediately came to him when he first saw a particular black opal, which he holds in this photo. He said something today that struck me profoundly: "Music is slowed-down light". 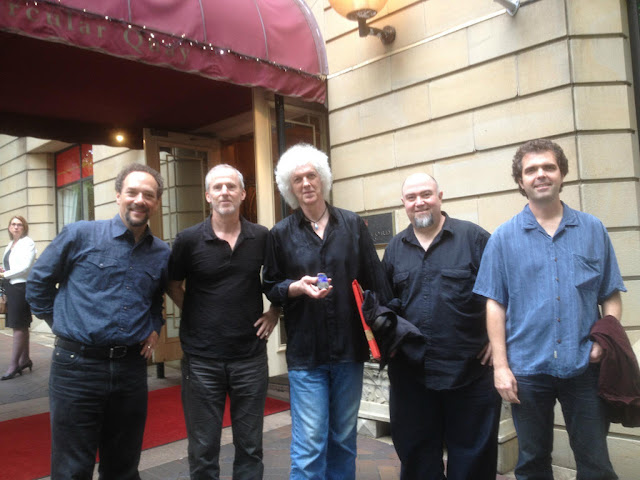 LAGQ with Philip Houghton outside Sir Stamford hotel, Sydney
at 1:29 AM No comments:

All New iPad App is HERE!

An interactive instructional app for the iPad

This blog is managed by

Scott Tennant
A founding member of the Grammy®-Award winning Los Angeles Guitar Quartet, Mr. Tennant has also been a widely sought-after soloist since the age of fourteen.